Step into the sensationally stylish Blackpool Tower Ballroom and prepare to be lost in a world of elegant charm and refined beauty. 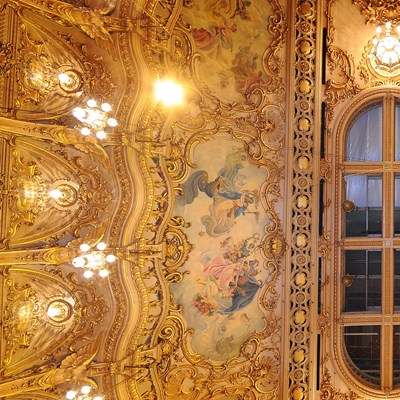 Step into the sensationally stylish Blackpool Tower Ballroom and prepare to be lost in a world of elegant charm and refined beauty.

Dating back to 1894, The Blackpool Tower Ballroom is world-famous for its unique sprung dance floor and spectacular architecture and remains to this day, a destination for dance fans from across the globe. 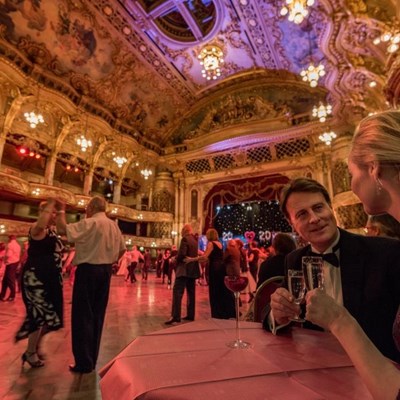 GLIDE AROUND THE DANCE FLOOR

You can dance the day away to the sounds of the famous Wurlitzer organ amidst this stunning setting, or watch from the sidelines as you enjoy a delicious afternoon tea in Blackpool.

Whether you want to glide around the dance floor, relax at your table or spectate from up on the balconies, the Blackpool Tower Ballroom is an experience you will never forget. You’ll be entranced by the magic of The Ballroom and want to return time and time again, as so many of our regular guests already do. 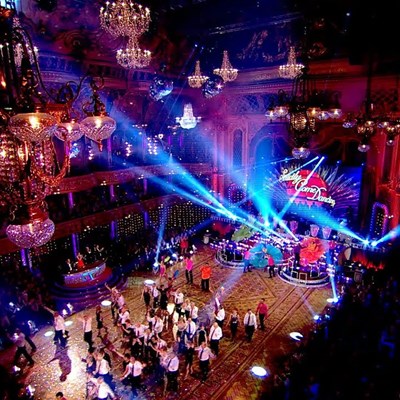 Mid-way through every Strictly Come Dancing season, the BBC team pack up their sequins and head up north for a very special episode… The celebrities, judges and professional dancers board the Blackpool bus ready to take a whirl around the famous dance floor at The Blackpool Tower Ballroom.

The Afternoon Tea at the Blackpool Tower Ballroom is perfect for the whole family! Packages are available in the below sizes 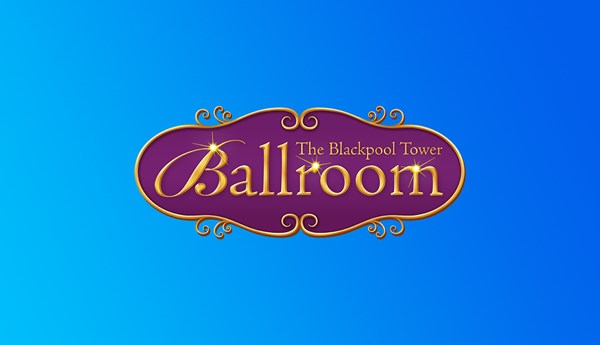 Merlin Annual Pass holders can enjoy an Afternoon Tea for less! Tickets include all-day admission to The Blackpool Tower Ballroom where you can enjoy live music from the mighty Wurlitzer whilst watching the dancers on the greatest ballroom floors, and even join in yourself. 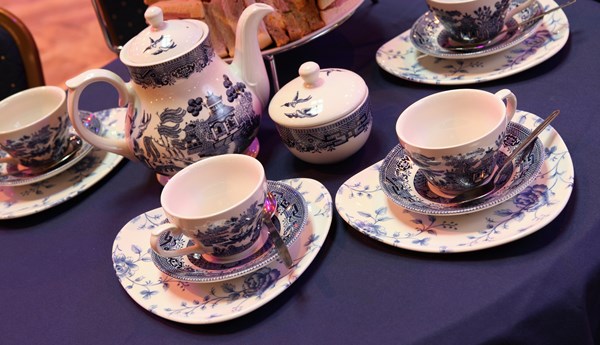 The perfect gift for a loved one's birthday or special treat. An afternoon tea will always make a perfect gift and our digital vouchers adds the icing on the cake. 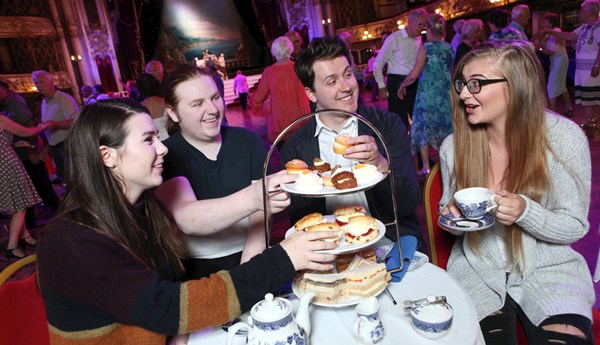 Afternoon Tea is a great way to celebrate a special occasion with a group of friends or colleagues and you'll be able to save more when booking in a group of 10+ guests!

The Blackpool Tower Ballroom is a one of a kind venue, offering a magical backdrop to young and old providing memories that will last a lifetime.

Take a step back in time and experience The Blackpool Tower Ballroom in true style.

The Blackpool Tower Ballroom is known and celebrated throughout the world for both its stunning architecture and fantastic dance floor. 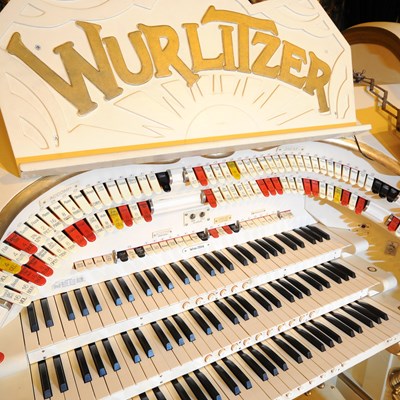 Follow in the footsteps of the legends Reginald Dixon and Phil Kelsall and discover the magic of the mighty Blackpool Tower Wurlitzer with a unique experience available to book today.

For more information on our packages and to book, enquire below. 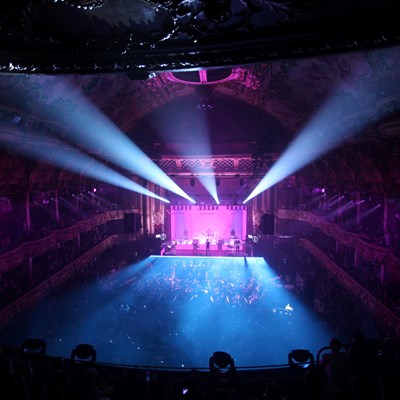 The beautiful Blackpool Tower Ballroom offers one of the UK's most unique and prestigious venues for hire, perfect for any event, ranging from exhibitions, business lunches, conferences, weddings and bespoke entertainment offerings. 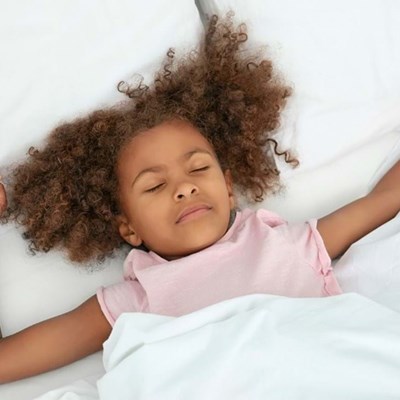 SLEEP IN THE BALLROOM

Prepare to be lost in a world of elegant charm and refined beauty.

A maximum of 200 people can sleep in The Blackpool Tower Ballroom for just £29 per person with amazing add on's available. What made you take up the Organ?
As a boy, I used to frequent The Blackpool Tower's Ballroom regularly. I remember watching legendary organist Reginald Dixon performing. The atmosphere was infectious and I must have imagined myself up there one day!

The Wurlitzer is celebrating 70 years this year. How does it compare to other organs you have played?
I have played nearly every theatre organ in Britain but with the fine acoustics of The Blackpool Tower Ballroom, the Wurlitzer makes a totally unique sound and in my opinion is one of the finest ever built by Wurlitzer.

What particular highlights stand out during your time at The Blackpool Tower?
The most memorable has to be The Blackpool Tower's Centenary Celebrations in 1994. Her Majesty The Queen and the Duke of Edinburgh visited the Ballroom and I was honoured to be introduced to them both.

How do you feel every time you rise up on the Wurlitzer in front of an audience in The Blackpool Tower Ballroom?
I do sometimes think as I'm halfway through the stage what a strange way of earning a living!

In June 2010 Phil was awarded an MBE in the Queen's Birthday Honours list for what was described as a "35-year love affair" with The Blackpool Tower Ballroom. Chris started playing the organ at The Blackpool Tower in 1995, since then he has developed his own unique style and has become a firm favourite with the dancers.

Over the years The Blackpool Tower Ballroom has had numerous electronic organs to compliment the Wurlitzer organ, more recently the Wersi Louvre, and the present model the Roland AT900, Chris has always been the first to embrace these vast technological instrument’s and manipulate their potential. Chris is equally at home on the Mighty Wurlitzer.

Over the years Chris has made numerous TV/ Radio appearance’s promoting The Blackpool Tower Ballroom, including Strictly Come Dancing and Britain’s FavouriteView.

In more recent years Chris was invited to play [the Organ] at his beloved Manchester United for their foundation. Born and educated in Wigan, Lancashire, John began playing the Organ at the age of eight. He is currently in his 30th year as one of the team of resident Organists at The Blackpool Tower. John took up his position at the age of 16, straight from school.

In addition to his commitments at The Blackpool Tower, John travels the country extensively undertaking concerts for Organ Societies and playing for dances. He has made several appearances at the Organ festivals all over the country.
He also travels to the Isle of Man every year. John has been interviewed by various radio stations in the country. He has also made several T.V. appearances on Granada, BBC and Swiss Television. During 1997 John made his international debut in Amsterdam, completing a successful concert weekend.

To complement John's live performances, he also has a series of recordings, made both at the world-famous Wurlitzer Organ of The Blackpool Tower Ballroom and his own Technics GA-3 Electronic Organ.

John was voted as “Organist of the year” for 1998 by 2 Organ Societies, Verwood Organ Society in Dorset and also Top Note Organ Society, Leyland. Horse racing fans may have noticed “John Bowdler Music”, a horse originally owned and named by Paul Dean, a turf accountant and keen dancer at The Blackpool Tower Ballroom. Paul also purchased another horse which he named “Bouncing Bowdler” which has enjoyed much success. Amongst the horses’ biggest achievements, are a marvellous run to finish in 2nd place in the Norfolk Stakes at Royal Ascot, and was placed 2nd at Glorious Goodwood in the Queen Mother Molecomb Stakes. These provided memorable days out for everyone involved. But more recently Paul purchased a 2-year-old horse named “Bowdlers Magic.” www.johnbowdler.com