This year's show has now ended.

The Blackpool Tower Circus returns with a fantastic array of adventurous acts from all around the world delivering incredible death-defying stunts teamed with belly laughs aplenty from legendary clowns Mooky and Mr Boo.

This year's show has ended. We look forward to welcoming you back in 2022. 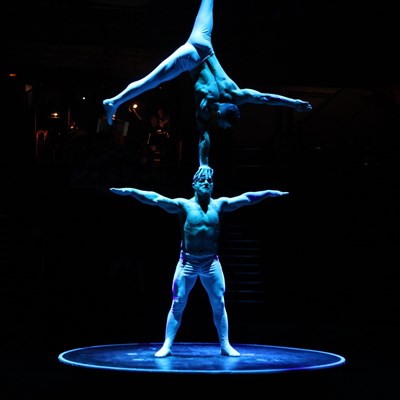 The show will not disappoint as it brings even more astonishing jaw-dropping stunts and comedy capers in what can only be described as the must-see show of the season.

Join Mooky and Mr Boo for the UK's biggest and best Circus as they deliver their hilarious slapstick antics and edge of your seat death-defying stunts.

A Circus just wouldn't be the same without its clown. Interacting with the audience, bringing fun and laughter and generally linking the entire show together, the Circus Clown has the most important and demanding role.

Down the years, many Clowns have starred in the famous Tower Circus Arena. One of the first was Bob Kellino, who performed from 1897 – 1903.

Between the two World Wars, Doodles became the Tower's most popular Circus Clown, performing with his sidekick Austin and ringmaster George Lockhart.

The famous Charlie Cairoli made his debut appearance at the Circus in 1939 and continued to make audiences laugh for over 40 years.

The present incumbent of the role is the incredibly talented Mooky, son of Tower Circus Director & Producer Laci Endresz Snr and the third generation from a famous family of Clowns.

This year's show has ended

We look forward to welcoming you back in 2022!

No other show has the rich heritage that The Blackpool Tower Circus possesses. 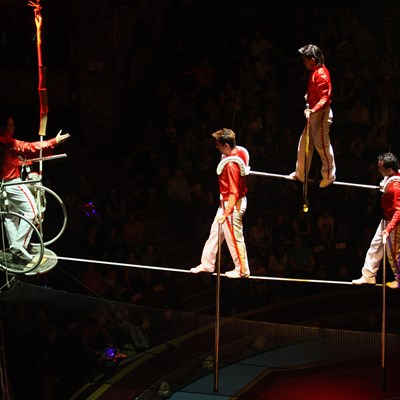 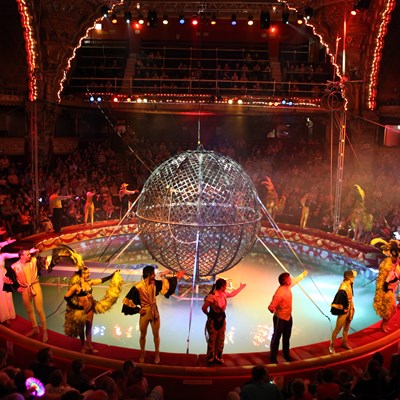 Having never missed a season, not even during the two World Wars!

The Blackpool Tower Circus is Blackpool's longest-running show. Step into the Circus Arena and you are literally stepping back in time.

⭐The present interior of The Circus was designed by the famous theatre designer, Frank Matcham, and was completed in 1900

⭐Every Blackpool Tower Circus performance has concluded with a spectacular water finale. The Arena's unique design features a hydraulic floor which sinks and fills with 42,000 gallons of water in less than a minute 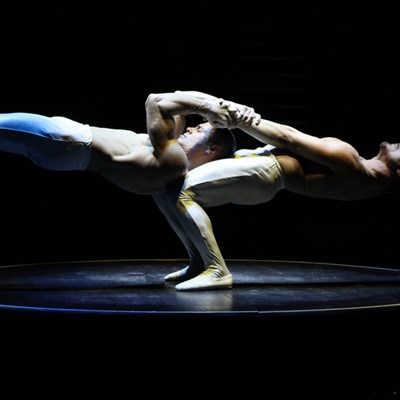 2016 has seen a celebration of 25 years of the Endresz Circus family here at The Blackpool Tower Circus, showcasing similar astounding acts that have performed at The Tower Circus over the last 25 years.